'Fortnite' Hearts Wild Cup Guide: Start Time, Plus How to Get Lovely Skin Early! Plus 'The Flash' Crossover

Epic Games will be launching the "Fortnite" Hearts Wild Cup this Tuesday, February 9, so here's everything you need to know from start time to how to unlock the Lovely skin to add to your roster of cosmetics in the popular Battle Royale game. (Photo : Fortnite / Facebook) Love-themed outfits are now available on "Fortnite," which will include the Lovely skin. 'Fortnite' Hearts Wild Cup Start Time According to Newsweek, the Hearts Wild Cup will be happening this Tuesday from 6 PM to 9 PM EST, and as for the schedule for other regions, here's the schedule: NA West: 9 PM to 12 PM EST Europe: 12 PM EST to 3:30 PM EST Asia: 4 AM to 7 AM EST Brazil: 4 PM to 7 PM EST Oceania: 2 AM to 5 AM EST Middle East: 9 AM to 12 PM EST Based on the report, "Fortnite" players can hop into the servers for other regions, but each account can only legally play in one version of the Hearts Wild Cup, meaning players won't be able to compete in the other regions if they lost in their region. To play, "Fortnite" players must have their Two-Factor Authentication (2FA) activated for their Epic Games account and they must also be in Open Rank or higher, much like prior Cups in the game. The Hearts Wild Cup will be a Duos match, so it will follow regular Duos scoring. Read More: 'Apex Legends' Season 8 Best Kings Canyon Landing Spots, Here's the COMPLETE List How to Get Lovely Skin In order to get the Lovely skin, Epic Games will be giving it away to players who attain a certain rank based on their region early before it hits the Item Shop, which will require V-Bucks or the equivalent account in your local currency. With that, here is the list of rank "Fortnite" fans will have to attain during the Hearts Wild Cup: NA East: Rank 1 up to 875 NA West: Rank 1 up to 250 Europe: Rank 1 up to 1,750 Asia: Rank 1 up to 125 Brazil: Rank 1 up to 250 Oceania: Rank 1 up to 125 Middle East: Rank 1 up to 125 For those who are unable to acquire the Lovely Outfit, it will be available on the Item Shop in the coming days. 'The Flash' Crossover (Photo : Fortnite / Facebook) Epic Games confirmed The Flash crossover. In related news, a "Fortnite" leak suggested that the game will be collaborating next with DC's The Flash after the crossover with G. 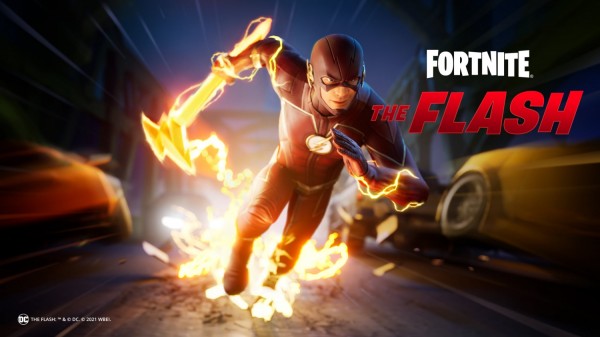 I. Joe Snake Eyes, which became available a few days ago. According to PVPLive, the leak came from a prominent "Fortnite" leaker, iFireMonkey via his Twitter account, where he said an insider has published several details about the upcoming Tournament that will feature the DC superhero. Based on iFireMoneky's tweets, the skin appears to be inspired by The CW series, where Barry Allen plays the infamous speedster. According to the leak, The Flash outfit will apparently be a given to high-ranking "Fortnite" players in the Duos Tournament that will allegedly be announced on Wednesday, February 10, before it will be made available for the public via the Item Shop. As it turns out, iFireMoneky was right as Epic Games has just announced The Flash skin for The Flash Cup. Related Article: [Leaks] 'Fortnite' Valentine's Skins Plus 'FNAF' and MORE Coming Soon! This article is owned by Tech Times Written by: Nhx Tingson 2018 TECHTIMES.com All rights reserved. Do not reproduce without permission.